Join Australia’s leading practitioner in PANS & PANDAS. Keonie Moore has over 25 documented cases of complete resolution and shares her insights into managing this condition.

The Secret to Improving Your Child’s PANS or PANDAS Symptoms is Knowing How. 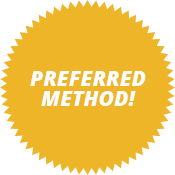 Why You Must Attend This Event?

A child should be able to get sick and not develop neuropsychiatric symptoms such as severe anxiety, obsessive-compulsive disorder and tics.
When a child goes from neurotypical one day, to having these severe symptoms that impact everyday life so much, many parents are left wondering how did this happen?
Where to do I turn to for help? What are the best options for treatment? It can be so overwhelming.
Hi, I’m Keonie Moore, experienced naturopath and founding director of ReMed Natural Medicine Clinic.
Over the past 10 years I have helped hundreds of families work out how to manage PANS and PANDAS for their child.
The lack of awareness of these conditions often mean that parents find it hard to access support and professional assistance, often turning to parent’s support groups and online research.
But relying on Google how to work out how to best help your child comes rife with potential problems. Is the source of information reliable? Most treatments, even natural, can cause side effects or problems if used incorrectly. Natural medicines are not inherently safe and need to be used at the correct doses for age and weight.
Even if something worked for someone else, will it necessarily work for your child?
No two cases are the same.
I’ve personally seen that there is no one size fits all approach to treatment. The underlying drivers of for each child vary greatly and therefore the best way to help them also varies.
Join me and other parents who share the same concerns for my 90 minute Managing PANS & PANDAS; a webinar for parents where I’ll be addressing what causes PANS & PANDAS symptoms, how to best help your child and how long it will take to get improvement.
Reserve your ticket today.

Here’s a Taste of What You’ll Learn

The most common symptoms of PANS and PANDAS

The diagnostic criteria for PANS and PANDAS in children and how we differentiate with other conditions such as OCD, Tourette’s, ADHD, autism and anxiety disorders.

What testing is recommended for kids with PANS & PANDAS

How long does it take to see improvement?

Case Studies of families that have worked with Keonie

Who the Managing PANS
& PANDAS Event is for

This webinar is designed for parents who:

Have a child with PANS or PANDAS

Are not sure if their child has PANS or PANDAS

Want to learn more about this condition

Are not sure of the difference with other neurodevelopmental conditions such as OCD, Tourrette’s, ADHD and autism

Want to learn about treatment options

Come and join me online for this informative webinar and let me help you discover the best way to support your child. This is a FREE, one-off event streamed live around the world.

We sought out Keonie Moore following our 8-year-old son being diagnosed with PANDAS by our integrative GP.  Behaviours and habits that we soon learned were tics and OCD had fluctuated over a period of about 6-8 months (but were likely present on a smaller scale for much longer) were at their peak when we had the first consultation with Keonie. From the very start Keonie was kind, patient and listened to my long explanation of my son’s symptom history and confirmed the PANDAS diagnosis following her own observations.

Keonie explained in understandable, non-technical terms what was behind the symptoms and talked us through a treatment plan to reduce the symptoms and tackle the underlying cause. Within two weeks of the first consultation we started to see a significant reduction in our son’s OCD and tics and his full, energetic and fun personality started to re-emerge.  Over the following months he has continued to improve, and now really does not exhibit and never to the extent that we’d seen previously. Keonie’s treatment has helped strengthen our son’s gut and immune system and we have noticed that our son now gets sick less often and any periods of illness seem much shorter than in the past.

Both of my young children have the complicated and debilitating condition PANDAS that sadly is not well understood by many in the medical profession. Not only is Keonie able to treat this condition successfully, but she is committed to keeping up on the latest research and treatment options.

I cannot speak highly enough of Keonie and the team at Re-Med, and I refer there without hesitation. The commitment that Keonie shows to her clients cannot be faulted, and her care of our children has helped our family to move ahead in the face of an otherwise debilitating and life-altering diagnosis for both of our children.

Thank you Keonie from the bottom of my heart for your passion and commitment. Our family would be in a very different place without the assistance you have given us over the last eleven years.

The testimonials on this website are from real and satisfied clients. However their results may not be your results. Specific results cannot be guaranteed and results may vary from person to person
Copyright © 2020. REMED